Where My Strength Lies

This is the Faith I live by: Faith is my strength

“Now faith is the substance of things hoped for, the evidence of things not seen. For by it the elders obtained a good testimony. By faith we understand that the worlds were framed by the word of God, so that the things which are seen were not made of things which are visible. By faith Abel offered to God a more excellent sacrifice than Cain, through which he obtained witness that he was righteous, God testifying of his gifts; and through it he being dead still speaks. By faith Enoch was taken away so that he did not see death, “and was not found, because God had taken him”; for before he was taken he had this testimony, that he pleased God. But without faith it is impossible to please Him, for he who comes to God must believe that He is, and that He is a rewarder of those who diligently seek Him. By faith Noah, being divinely warned of things not yet seen, moved with godly fear, prepared an ark for the saving of his household, by which he condemned the world and became heir of the righteousness which is according to faith. By faith Abraham obeyed when he was called to go out to the place which he would receive as an inheritance. And he went out, not knowing where he was going. By faith he dwelt in the land of promise as in a foreign country, dwelling in tents with Isaac and Jacob, the heirs with him of the same promise; for he waited for the city which has foundations, whose builder and maker is God.”

I must admit. This life is no cakewalk. There are so many obstacles that litter our paths everyday. We encounter unreasonable people, difficult assignments at work, bill collectors, flat tires, road rage, and so much more. We have internal struggles with low self-esteem, overwhelming guilt, feelings of anxiety or depression, sometimes we feel unappreciated by loved ones, and sometimes it’s just hard to get through the day. And to top it all off, we have to deal with our sin problems. Some of us are addicted to food. Others of us are addicted to questionable entertainment. Some of us have questionable relationships. And others of us have pride and other dysfunctions to process. Honestly, if left to our own devices our lives would be a mess.

It doesn’t help that God has lofty expectations of us. He said that we should be holy because He is holy. Then He added that we should have the mind of Christ. Not to leave out the part about not esteeming others higher than ourselves. Oh yeah! And don’t forget, never lean on your own understanding, and make sure to seek Him first and everything you need will be added to your life.

How? How in the world can we have such odds stacked against us. From the moment we begin developing in our mother’s womb God has these desires for us. How in the world can we ever measure up?
Faith. The answer is faith. I admit this may sound like a cliche answer. It may even seem like it’s missing something. But it’s the truth. If the Bible says that it is impossible to please God without faith, it stands to reason that with faith, we can overcome all of our human inadequacies and ultimately please our heavenly father.

Faith Makes Up For Our Inadequacies

But what is faith? The Bible defines faith in our theme text cited above. I’d like to rephrase it in this way: Faith is the conduit through which God’s power to live according to His will comes into our lives. Remember I introduced us to this concept yesterday. Whatever is impossible in our own strength, God makes possible through faith. When our faith lays hold of God’s power we can overcome every evil tendency, doubt, weakness, and poor thinking pattern.

So my encouragement to you today is this: ask God to increase your faith. Ask Him to reward your tiny, mustard seed faith with His limitless power from Heaven. Take some time this morning to ask God to originate, nurture, and blossom the kind of faith that pleases Him. The kind of faith that can remove any mountain that stands between you and God’s ideal for your life.
By God’s grace, this is the faith I live by. Let this be the same for you, in Jesus’ name.

Eighteen year-old Jenna came from a loving environment. She grew up in a Christian home and attended some of the best schools in her city. Her parents always provided all the advantages that life could afford. 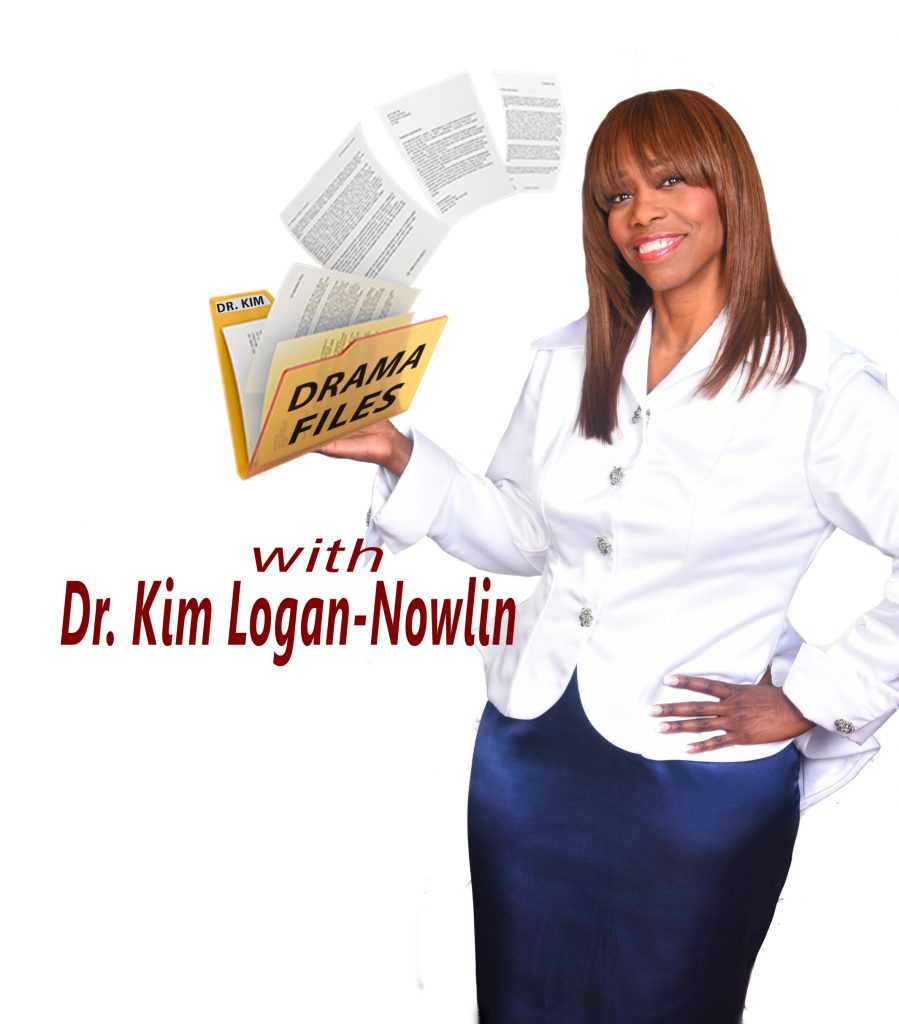 When the time came for Jenna to attend college her parents wanted her to follow them and attend their alma mater where they met.  When her parents drove her to school and attended the  parent orientation, everything fell in place. It was difficult for Jenna’s mother to leave her only child, but they embraced one another and said good bye.

Soon after classes began Jenna settled in with her schedule. She began to meet new people and enjoyed the routine of campus life. One afternoon she was studying in the library when Richard greeted her and started  a conversation. She liked him instantly. The pair began to spend a lot of time together and soon became very close.

The Day That Everything Changed

One afternoon two men brutally assaulted Jenna as she walked to her dorm. They almost beat her to death and she was unrecognizable.  The campus police found her behind a building on campus. She was rushed to the hospital and then  lingered in a coma for almost six months. Richard and her parents would visit her everyday with hopes of her regaining consciousness.

Late one evening, and after much prayer, Jenna awakened and recognized her parents. It all came back to her–Richard, her close friends, and the devastating attack. She had always been an action-oriented person who set the bar high for herself,  and this awful situation created in her a vulnerable state of mind, understandably.

Jenna felt helpless and hopeless. Her parents sought Christian counseling because they recognized she needed intervention as soon as possible. She was depressed and very angry that she had been a target of such a terrible  crime.

What Ray of Hope?

I hoped to help Jenna focus on the fact that she was alive, though she had to acknowledge her brokenness. She was mentally and physically broken, exhausted. Jenna recognized that she could have died, and, or could have been raped. She blamed herself for trying to defend herself to prevent the attackers from hurting her more than they did.

Jenna’s parents continue to care for her as she made every attempt to return to her school routine. She and Richard are still together and he has been very patient and supportive with her during the whole process.  The counseling treatment provided information to help Jenna understand that she is not alone.

Sexual violence on campus is pervasive.

* 11.2% of all students experience rape or sexual assault through physical force, violence, or incapacitation (among all graduate and undergraduate students).

* Among graduate and professional students, 8.8% of females and 2.2% of males experience rape or sexual assault through physical force, violence, or incapacitation.

* Among undergraduate students, 23.1% of females and 5.4% of males experience rape or sexual assault through physical force, violence, or incapacitation.

* 4.2% of students have experienced stalking since entering college.

After many months of counseling, and the police apprehending the two men as they tried to attack another woman, Jenna is healing from her own brokenness and was able to bring closure to her past.

Jenna testified against both men and they were sentenced to ten years in prison. She is now an advocate against campus violence. As a volunteer to support other victims, and speak out against the violence, she is thankful that God spared her life.

Jenna is also attending church and Bible class that has allowed her to trust God in everything. And, she believes that God has empowered her to speak out to help save others. She is very thankful for her Christian counseling and being able to acknowledge her brokenness to become whole once again.

As she grows stronger, Jenna shares this scripture everywhere she speaks:

Born A Slave And Now Free To Serve

“But now being made free from sin, and become servants to God, ye have your fruit unto holiness, and the end everlasting life” (Romans 6:22).

Everybody was born a slave. I am (almost) sorry to have to break the news to you. The only way anyone can be set free from enslavement to sin is to become a servant of God.

Nobody wants to be enslaved. Ask the countless people who have been subjugated, marginalized, abused, and tortured. Consider  lives lost so evil men could build economic dynasties on the backs of innocent people just wanting to live in peace.

Nobody wants to be enslaved. Ask the countless people who feel helpless under the power of the liquor bottle, drug needle, lustful encounters, unforgiving feelings, or prideful thoughts. Consider lives and souls lost while Satan took satisfaction in destroying those for whom His enemy, Jesus, died.

When the Lord delivers us from Satan’s enslavement, He frees us to serve God with all our hearts. In the process holiness, joy, love, inner peace, and everlasting life result. So, it pays to serve Jesus, who delivers every willing person from sin. While were born slaves, everybody can seize the opportunity to be delivered and reborn into a holy life with God. Avail yourself of that opportunity.