Getting to Know the Hebrew Israelites

How the “problem of the color line” spawned today’s black nationalist religious practices.

“The problem of the twentieth century is the color line.” This is the poignant refrain in W. E. B. DuBois’ classic sociological analysis of the United States of America, simply titled, The Souls of Black Folk. Writing at the beginning of the twentieth century, I’m not sure if Dr. DuBois would have imagined that his prophetic challenge was also a chilling prediction for the twenty-first century.

The “color line” problem garnered headline attention earlier this year after a complex racialized incident at the nation’s capital. The incident was initially reported as a confrontation between a Native American elder, Nathan Phillips, and MAGA-cap wearing high school students from the Covington Catholic High school in Kentucky. As the details emerged, it was revealed that the elder had positioned himself as a barrier of peace between the young Trump supporters and a small group of men who identified as Hebrew Israelites.

In the aftermath, journalists rushed to define the Hebrew Israelites to the public. Unfortunately, most have presented a simplistic explanation that tends to view the various groups through a uniform lens. However, while the term “Hebrew Israelites” can be utilized to describe black people who claim genealogical affinity to the biblical Israelites, it should not be used as a catchall category for a specific religious orientation. From an organizational perspective, black people who identify with Israel can be divided into two general categories.

The first category includes those groups that are organized along commonly identifiable religious structures. The oldest appears to be Frank Cherry’s Church of the Living God, the Pillar Ground of Truth for All Nations. Purportedly established in 1886, this Chattanooga, Tennessee based collective eventually moved to Philadelphia and apparently dissipated after Cherry’s death in 1963.[i]

Then there is The Church of God and Saints of Christ. Founded in 1896 in Lawrence, Kansas by William Saunders Crowdy, this self-identified “Judaic Christian” denomination currently has churches in North America, Africa and the Caribbean.[ii]

The third “traditional” congregation was founded in Harlem, New York, by Wentworth Arthur Matthew in 1919. Known as The Commandment Keepers Ethiopian Hebrew Congregation, members claim direct lineage to the ancient Israelites and follow a pattern of worship similar to Jewish synagogues. Their sanctuaries are mostly in New York and New Jersey.[iii] 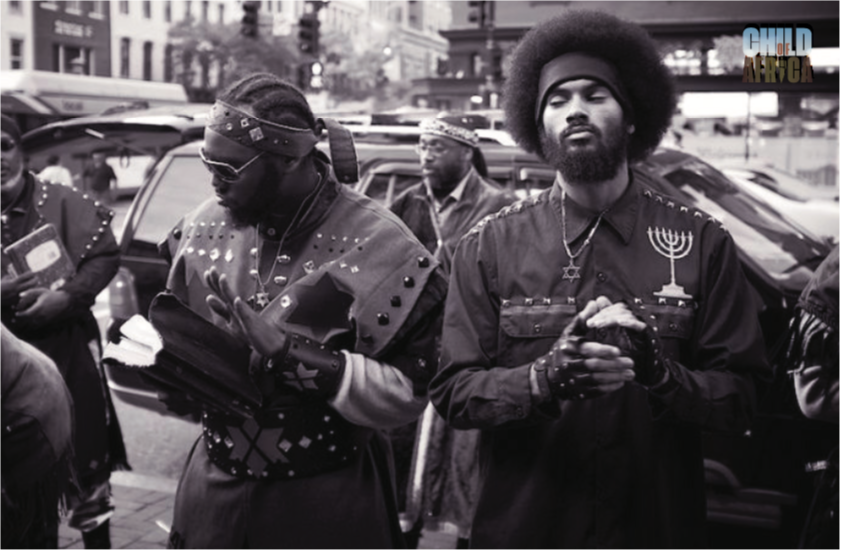 The second category of Hebrew Israelites includes movements that are more mission-minded. Their task is to call black people back to their original faith. The first emerged in 1966 at the Abeta Hebrew Israel Cultural Center in Chicago. The leader, who assumed the name, Ben Ami Ben Israel, claimed to have received a vision from the angel Gabriel commanding him to lead the black Children of Israel to the land of promise. By 1970, he and forty-eight families had settled in Israel after a brief stay in Liberia. The Israeli government granted them residency in 1990 and they currently reside in the city of Dimona.[i]

The second movement also encouraged repatriation to Israel, but established its headquarters in Miami, Florida. Founded in 1979 by Yahweh ben Yahweh, The Nation of Yahweh was a philosophical counterpart to The Nation of Islam. The city of Miami publicly commended them for their community service and business initiatives. Following Ben Yahweh’s death, the organizational headquarters was moved to Texas.[ii]

The final “movement” is comprised of several loosely related groups that are collectively referred to as “One West.”[iii] This movement was founded in the late 1960s by Ebner ben Yomin who had been a member of Matthew’s aforementioned Commandment Keepers congregation. Adopting the name Israeli School of Universal Practical Knowledge, the leaders taught that Christ would return in the year 2000. One prominent group operates under the revised name Israelite School of Universal Practical Knowledge, and another embraces the militant label, Sicarii. Collectively, these teach that all non-European people who reside in the Americas are the true descendants of Israel and see it as their duty to recruit them to the faith.

The Real People of God

While each of these groups has distinct doctrines, people are attracted to them for some of the same reasons. Although an estimated 79% of African Americans identify as Christian, there are some who feel that conventional Christianity has been used as a tool of white supremacy. Most who reject Christianity for racial reasons align themselves with one of the two major black Islamic movements. However, a smaller number have found a home in one of the groups that fall under the Hebrew Israelite banner.

Interestingly, like the Nation of Islam, Hebrew Israelites have not totally severed themselves from the teachings of the Bible but have appropriated its teachings for the sociological empowerment of black people. Jesus plays a central role in their theology and many of their doctrines are based on creative interpretations of New Testament passages. Young people, especially, probably view the movement as a branch of Christianity that has been liberated from imperial oppression.

As long as the dominant narrative in Christianity parrots the Eurocentric distortions that shift the biblical world from the African continent to Europe, black nationalist movements like the Hebrew Israelites will continue to attract African-Americans who are on a quest for a spiritual identity that resonates with their history and culture. If it is to remain relevant, the black church has a responsibility to lead the effort to recover the African roots of scripture.

[i] For an informative documentary on this movement, see Nicholas Philipides and Ben Schuder, directors, Village of Peace (Affinity Vision Entertainment, 2014). Available on Amazon Prime.

[iii] Their name is derived from One West 125th Street in Harlem, New York.

[i] For a brief orientation to Cherry’s group, see Anthony B. Pinn, “Church of the Living God, Pillar of Truth for All Nations,” pp. 166-169 in Anthony B. Pinn, ed., African American Religious Cultures (Santa Barnbara, CA: ABC-CLIO, 2009).